Last Friday was my last day at Stripe after working there for the past two and a half years. This post is a reflection on how that went, why I quit and what comes next for me. I’ve also written a similar article when I left my previous job at Airbnb, if you’re curious about my background. 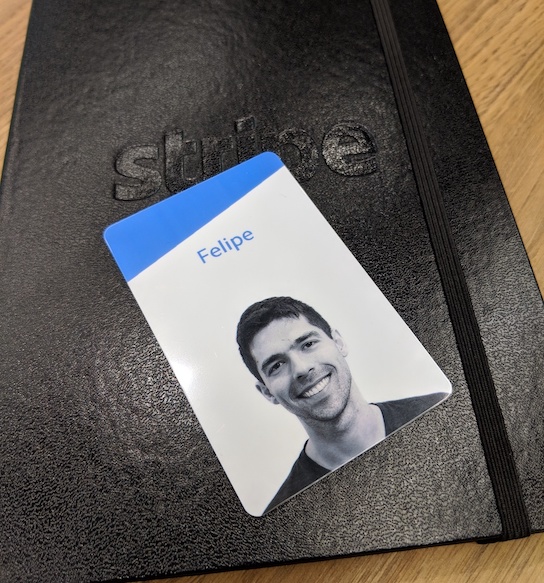 Around the time I joined in Nov. 2018, Stripe was starting a new team to take on the challenge of expanding to the Latin American markets. I was the 2nd engineer on that team. I was pitched that idea and was immediately sold. I’ve always been a fan of Stripe, its incredible level of product polish and mission: “to increase the GDP of the internet”. Empowering Latin American businesses and entrepreneurs to go online and increase their online presence was an idea that excited me a lot. I grew up in Brazil and experienced it first-hand how hard it is to be an entrepreneur in that country. From bureaucracy to high taxes, to complicated regulations, the odds are always stacked against those who want to innovate. I wanted to help somehow and that idea really got me pumped.

After working at Airbnb, my standards for which companies I would consider working for were incredibly high, but I felt like Stripe definitely fit in my criteria. Working in tech allowed me the luxury of picking where I want to worked next. It’s incredible how spoiled and lucky I am for that.

Motivation waned very quickly. Turns out that expanding a US business to a completely new market with different language, culture and strict regulations comes with a set of challenges that I don’t think Stripe was ready to tackle. This turned out to be especially true in Brazil, where the cultural and language barriers are very unique. As a Brazilian engineer living in the US, I was a perfect fit for that role. However, I didn’t want to be valued exclusively by the fact that I can speak Portuguese.

Constantly changing priorities, reorgs, aggressive hiring, bad managers, weak leadership and staffing constraints were some of the reasons that made it even more challenging. I’ve tried to distance myself by switching teams but, to my despair, the project I was running away from “followed” me into the new team. I was in disbelief.

There I was, a few months into a new team, but working on the same project that made me miserable in the first place, while on my previous team 😫. At that point, I was only one year into the job and already burned out. I’ve been playing with the idea of quitting ever since, which is a really long time to be unhappy in a job.

The part that makes me sad is that most likely I was just unlucky. Had I joined a different team, in a different org, things could have been completely different. I know tons of people who have been at Stripe for several years now and are very happy. All in all, I still believe it’s a great place to work with an amazing potential. I tell that to every candidate and friend who asks me about it and I really mean it. Just because I had a shitty experience, it doesn’t mean that it’s gonna be the same for everyone else. For me, though, it was no longer a fulfilling job. I was getting negative and demotivated. Even though I had a very well paying job in an amazing company, that didn’t bring me joy anymore.

Looking back, certainly Covid played a big role in ruining it for me. To my surprise, I missed going to the office, having lunch with the team, whiteboarding, brainstorming ideas and just hanging out in general. Full-time, “forced” work from home was much tougher than I had anticipated.

Recently I realized that I’ve been working pretty much nonstop since 2002, when I had my first internship job back in Brazil, while attending college classes at night. I’ve switched jobs several times since then, but never had the chance to take a break to rest, recharge and reevaluate what I want to do next. I feel like I finally have that chance now, after almost 20 years working in tech, so that’s exactly what I’m going to do.

Following the steps of folks that I admire like Daniel Vassallo, Alex West, Michael Lynch and Jordan O’Connor, I’m planning to be unemployed for as long as possible, while figuring out ways to build an income stream that doesn’t depend on a traditional 9-to-5 job.

You might read this and think I’m just yet another generic tech bro who’s quitting his job to be unemployed, travel, blog and then later get a new job and start it all over again. I hope you’re wrong 😉.

All things considered, I do think there’s more to life than just working all your days away until you’re too old and too tired to do anything else with the money you’ve worked hard all your life to accumulate. I do not subscribe to this deferred lifestyle. I wanna live life on my own terms.

I’ll be publicly documenting my steps and learnings along the way here and on Twitter. If you’re curious to know whether I’m gonna succeed or fail miserably on this journey, follow me to hear what happens next.