After the most recent rally, bitcoin went from $7,165 on Jan 1st 2020 to $28,990 on Dec 31st 2020, up around 300% in the last 12 months alone! As I currently write this on January 1st, 2021, it has already climbed past $29k and is likely to reach $30k in the next few hours. This is an incredibly remarkable appreciation, making it one of the top performing assets in 2020. Even though the price increase this time around was likely not fueled by retail investors, but by institutional investors instead, it’s natural that it has regained attention. 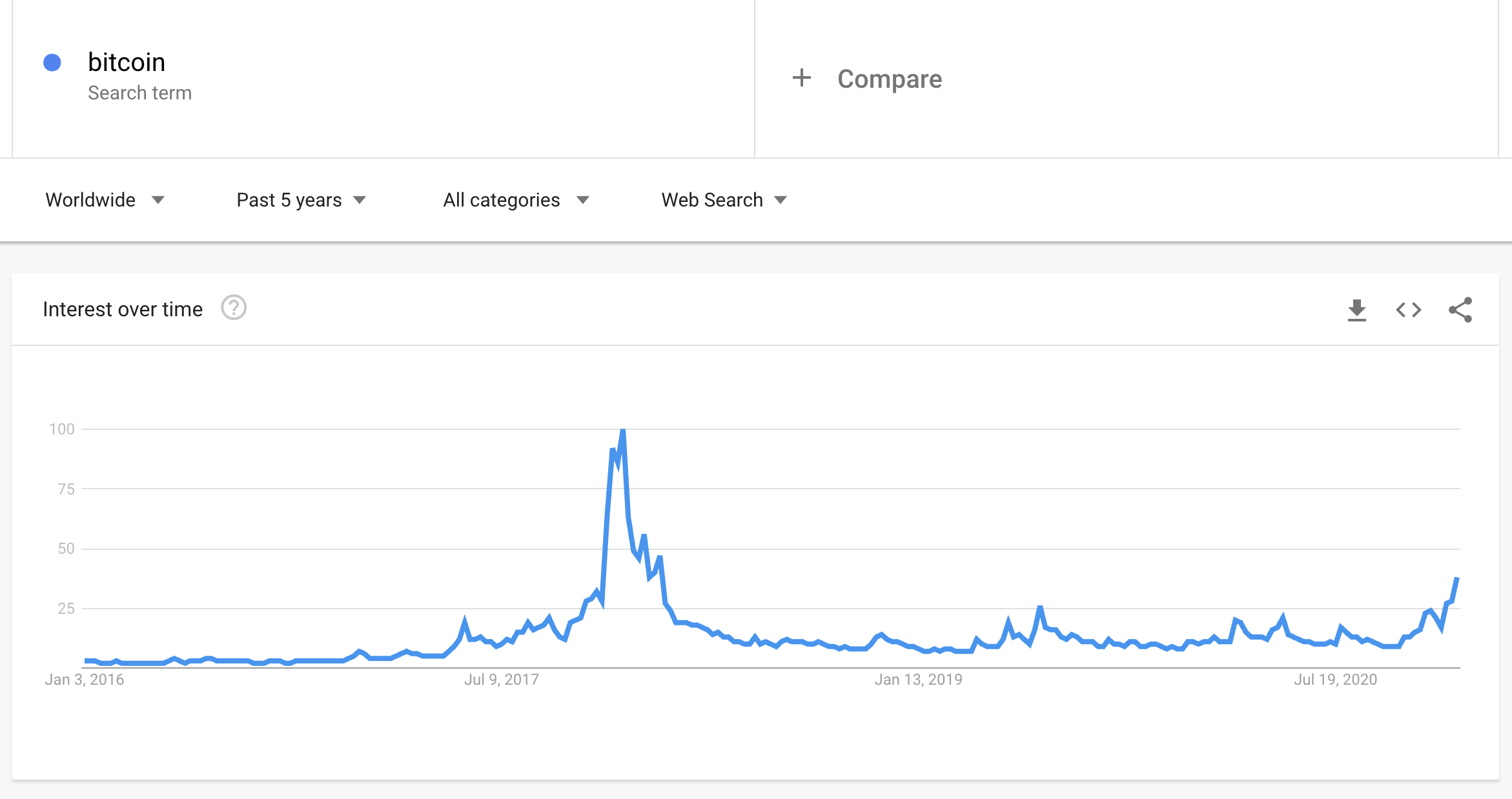 Companies like Microstragegy and Square have publicly announced investing part of their balance sheets in bitcoin. Paypal has launched a new service enabling users to buy, hold and sell cryptocurrencies. Macro investor Raoul Pal, whom I highly respect and recommend following on Twitter, said bitcoin could rally to $1M by 2025.

The current momentum is undeniably very bullish from every angle. If adoption continues increasing, I could certainly see a scenario where the bitcoin price increases by 10x over the next 5 years. I’m gonna go ahead and make that prediction here: bitcoin is likely to cross $300k by 2025, which is still a much more conservative prediction than Raoul’s.

Still, we should do our due diligence and not just blindly jump on the bandwagon and buy. There are important questions that should be asked by any investor who’s new to bitcoin or crypto in general, so I’ll try to enumerate them here.

According to Wikipedia, bitcoin is a “decentralized digital currency without a central bank or single administrator that can be sent from user to user on the peer-to-peer bitcoin network without the need for intermediaries.”. That alone makes it a groundbreaking technology and the first digital currency of its kind to reach this level of attention and notoriety. Whether or not bitcoin will deliver on its promise remains to be seen. Scalability and privacy concerns have been recurring topics among its detractors.

When did you decide to get into bitcoin and why?

Even though I had first heard about it much earlier than that, the first time I decided to really read and understand what bitcoin is and how it works was circa 2014. I have a vivid memory of getting into this rabbit hole, reading every article I could find, signing up for Bitcointalk and browsing through pages and pages of forum posts. I became completely obsessed with it and couldn’t understand how or why this was not widely recognized as a revolutionary technology worldwide. To me it was very clear that bitcoin was the most exciting innovation in the finance world that I had ever heard of and it had the potential of one day changing it forever.

At the time, I believed that bitcoin could be a de facto new standard for online payments and had the potential to one day replace other popular payment methods like Paypal, credit cards, ACH, remittance, etc. Its privacy and decentralization features really caught my attention and I was mesmerized by its libertarian roots. Another factor that contributed to my obsession was the mystery around Satoshi’s unknown identity and brilliant execution shipping bitcoin, followed by its unexplainable disappearance from the internet. 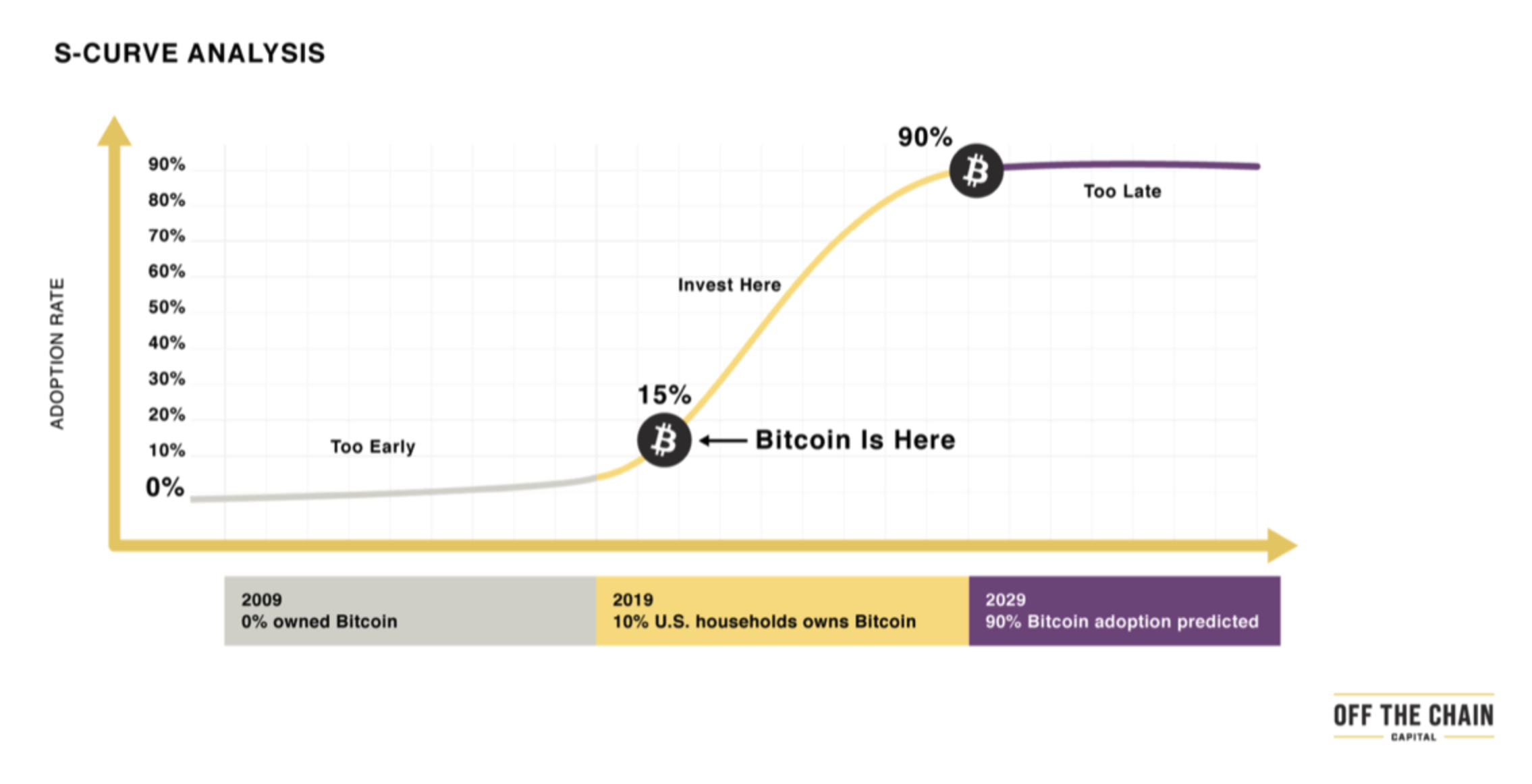 All those reasons led me to starting a bitcoin related side project. At the time I was living in Brazil and noticed it was still hard for websites to accept payments in bitcoin. I called this service Bitgram, which was basically Bitpay for the Brazilian market. Shortly after, Safiri Felix and I joined forces and we shifted our focus to Coinverse. Coinverse was a bitcoin banking platform that aimed to bring consumer and merchant bitcoin transactions and bitcoin bill payments to the Latin American market. The service picked up steam pretty quickly and had growing demand and a booming business. Coinverse was later acquired by CoinBR and I then moved on from it.

Regardless, ever since, I’ve been watching closely the latest news and developments around bitcoin and have been always very bullish about it, HODLing patiently 🙂

What makes bitcoin better than the alternatives?

As an investment, bitcoin works great as a hedge against inflation, dollar debasement and political instability. That makes it especially good for portfolio diversification. I wouldn’t put all my eggs in this single basket, as no one ever should, but allocating at least a small portion of your portfolio into cryptocurrencies is certainly a great idea in 2021.

The Winklevoss twins, early investors on bitcoin, recently called it “gold 2.0” during a CNBC interview. Other people have recently adopted this “digital gold” narrative and it seems to be becoming more and more popular. I agree that it makes sense to treat bitcoin as a store of value that’s equivalent to gold but, in my opinion, superior due to its scarcity and usefulness. I can carry a virtually infinite amount of bitcoin in a Trezor that fits in my pocket and take it with me around the world. Doing so with gold bars would be incredibly inconvenient. A bitcoin can be easily divided into tiny amounts. A gold bar, not so much.

Is it a Ponzi scheme?

“A Ponzi scheme is a form of fraud that lures investors and pays profits to earlier investors with funds from more recent investors”.. According to the SEC, some of the Ponzi scheme’s characteristics also include:

Answer: No, it’s not a Ponzi scheme. Jorge Stolfi seems to strongly disagree though, and that’s OK 🙂. The fact that smart people currently have such completely opposing views of the world means that some of them are due for a tough reality check really soon. Something similar happened not too long ago, in 2016 with the US elections. I was sure that Trump would not be elected president. I was so wrong! But hey, that’s fine. I’m prepared for the possible outcome where I’m completely wrong about bitcoin too, since it’s a perfectly possible outcome. Only time will tell!

What about scalability concerns?

Bitcoin can only process around 5 transactions per second. Even though that’s several orders of magnitude worse than credit card processing speed, I’ve noticed a shift in the narrative away from this over the past 12-24 months. Scalability concerns as a barrier to adopting bitcoin as a payment method seem to have faded, as people started realizing that bitcoin works a lot better as a store of value instead. That was a big shift in the way I thought about bitcoin too and it required some time to adapt to this new mental model.

What are the barriers to mass adoption?

Buying bitcoin is still harder than it should be and it’s still a fairly niche technology, restricted to smaller groups of enthusiasts and innovators. I predict that once a publicly traded bitcoin ETF is available, that should greatly reduce the barrier to adoption and it should cause see a big spike in new wallets. On top of that, more regulation could probably also help reduce the anxiety for new investors who are hesitant of the high degree of risk and volatility around cryptocurrencies.

The way bitcoin currently works is not ideal from a privacy perspective, as it is possible to trace transactions and link them back to individuals by analyzing transactions on the blockchain. There are workarounds and ways to mitigate some of these risks, however, most often than not, people won’t take any additional measures, thus compromising their privacy. In this aspect, it’s certainly inferior when compared to cash, for example.

It does indeed spend a lot of energy, but the way I see it, it’s a small price to pay for the benefits it provides. Compared to other wasteful and polluting utilities (eg.: gas vehicles), I believe bitcoin’s energy consumption can be easily justified, especially as we keep adopting clean and renewable energy sources.

How much are the transaction fees?

Current average transaction fees are around 5 dollars. Fees tend to go up with spikes in transaction volume. Miners receive fees as a subsidy to cover operation costs and as an incentive to continue mining. I don’t see bitcoin fees as an barrier to adoption since, it is much cheaper, especially when compared to bank wire transfer fees, for example.

I hope that this post helps clarify some of my reasoning behind bullish on bitcoin. I know a lot of these topics are still very contentious and it’s not always black and white. Every person has a slightly different view of the world, with some being on completely opposite ends of the belief spectrum. My goal is help demystify these topics by providing (hopefully) clear arguments. It’s likely that a lot of people are lately jumping in with hopes of yet another “get rich quick” scheme but when the next bear market cycle comes in, we’ll see who’s still gonna be around 🤓.